As an example, the following oscilloscope screenshots were captured with a setup that routes the analog inputs via the ADC and loop though the DAC to the headphone outputs. One image shows the EVkit with a SPKVDD = 3.7V and the other one with SPKVDD = 0V.  The Images have the input signal (CH2) at the top and the output signal (CH1) at the bottom. 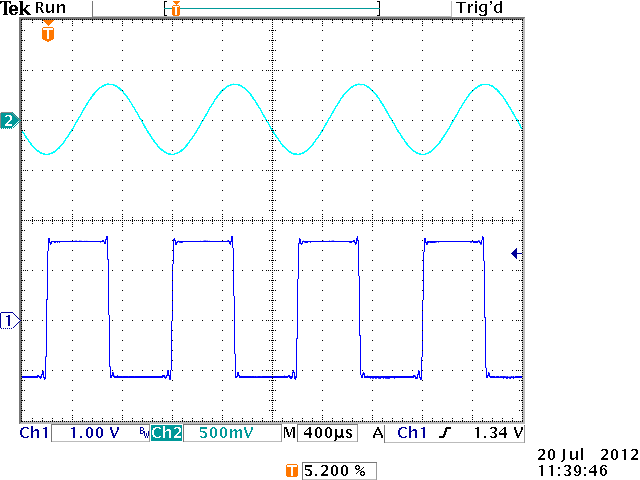